They are back!!!!! My all time favorite band is performing tonight in Boston and I will absolutely be there!! I haven't missed a show since the 1980's. The band has gone through many changes since their heyday, but their music can still get you up and out of your seat.

The venue is The Royale Boston. I used to frequent the building back in my swinging 20's when it was The JukeBox. I am interested to see how intimate the room is. The last time I saw The Boys was at the Agganis Arena at Boston University and that was a great show because every seat was a good one. They have a new album out called All You Need Is Now It has some really great songs on it. So far, I love The Man Who Stole a Leopard (love the title of that one too) and Leave a Light On. That last one is remniscent of Save a Prayer. My all time favorite song of Duran Duran's is actually The Reflex. I have it as my ringtone right now too!!

I had actually always planned on marrying Simon Le Bon but thought he was too old for me as the 12 year age difference was quite considerable when I was 14. The irony is that I married The Doc and he is 17 years older than me. I guess I have always had a thing for older men!

The concert will also be exciting because we are bringing Madigan. She has no idea and I don't plan to tell her what we are doing until we get there. When I last went to see them, she was very curious about where I was going and wanted to hear the songs I would be hearing live. Since then, she has become a fan.


I'll post my review. For now, I'll leave you with some pics from the last time I was in Simon's presence...... 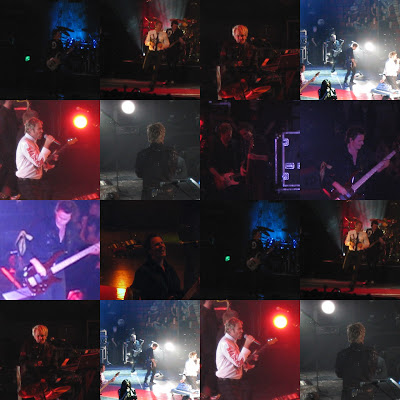 Posted by dmmlandcruiser at 9:48 AM