What a fantastic Saturday night I had let me tell you! I joined some of our favorite Bloggers for a night on the town in Boston. There will be an official recap, so stay tuned for that. In the meantime, just know that these ladies are a top notch crew. For six women who have never met in person, there wasn't a moment of silence at the table! Good food, good drink, good cake and great conversation. If you weren't able to make it.....We really missed you!
Posted by dmmlandcruiser at 10:09 PM 5 comments: 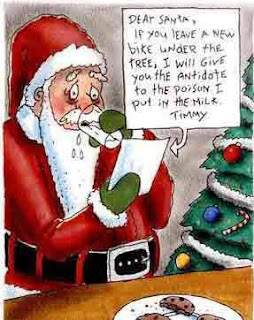 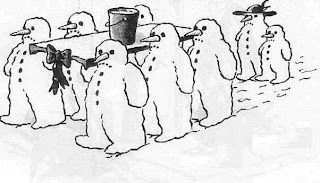 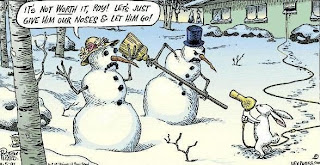 Posted by dmmlandcruiser at 9:42 AM No comments:

Do they know it's christmas

Does anyone else rememeber this coming out back in 1984? My sister and I were obsessed with both the song and the video. We got a VCR for Christmas that year and I think this was the first thing we ever recorded. Every Christmas Season, we always call each other the first time we hear the song on the radio waves. This is my Christmas Memory!

Posted by dmmlandcruiser at 3:06 PM 3 comments: 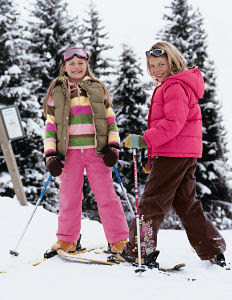 Good Morning, this was one of my early morning email messages today from Boden. For those of you who are unfamiliar, get familiar. They have great clothes for everyone in the family. I always shop for Madigan because I think their clothing is unique and it stands up well in the wash. When they are having a sale, you can get some great deals. I highly recommend their two-pack tights and the gypsy cord skirts. Shop now because the good stuff goes quickly!

Hello All, I hope you had a fun filled weekend during these crazed Holiday times! We had a very nice weekend over here in Landcruiser Land. We went to a Christmas Party on Friday night for the office that we send our patients to for ultrasounds. They always throw a great party and this year it was open bar! Last year all they served was beer, wine and a festive drink called pointsettas. As I don't drink any of that, I had to sneak off into the bar in the lobby of the establishment and get my own Cosmopolitan! It seems plenty of Friday night's revelers rembered that about me, OOPS! The best part of any Christmas Party in my opinion, is the Yankee Swap. For this particular swap, the budget was $25.00 Since I have no imagination (read I waited until the last minute), I picked up a VISA $25 gift card. We went home with two great gifts. The Doc opened a Barefoot Contessa cookbook, but went off in search of stealing an original painting that a neuologist had done of a fish. The Doc wanted that painting for our house in Aruba! I opened a beautiful basket that had margarita mix, salt, and two martini glasses. I quickly put it under the table so as the remaining shoppers would forget what I had!

Saturday was chaos at the house. We are having our windows replaced after living here for only 8 years. Seems our builder must have picked up the windows at the dump! At noontime, Madigan's friend Ella's mom called to see if I was going to a Holiday Party at one of their former preschool chums houses. In fact I was, and no, In fact I did not have sitter and would love for Madigan to stay over their house for the night! What did that really mean? It meant The Doc and I went into Boston to Excelsior to have an early, delicious dinner! Afterwards, we did stop by said party for a nice cocktail. Sometimes things just work out nicely, don't they?

Then, the icing on the cake was going to last night's Patriots game. It was frigid but fun! In case you are either not a sports fan or your head had been stuck in the sand, our New England Patriots are currently sporting an undefeated season. Last night, we played the Pittsburh Steelers, but they were no match for Tom Brady and his boys! What a time to be a Boston Sports Fan!

Well, Miss Madigan has risen and it is time to get her off to the school bus. Have a great day everyone!
Posted by dmmlandcruiser at 6:33 AM No comments:

Wow, where the heck have I been? I haven't posted since Halloween! November obviously came and went with lots of craziness at the office with us finally transitioning over to electronic medical records (EMR). This has been the thorn in my side since last January. It was a long, slow process that is now making our office flow much slower. We can't write anything anymore in the traditional paper chart. Very big changes and we are learning it is very hard to teach us old dogs new tricks!
I went on a Girls Weekend with some of my best friends. We went to Chatham for just one night but we had such a great time. I think we all realized how much we needed some R&R and fresh air. We stayed at The Wequassett Inn, had a great room with an even greater mini-bar! We had a nice happy hour with the little nips, Red Bull, cranberry juice and Pringles! We went over to The Chatham Bars Inn for dinner in their tavern. We were practically there for the Early Bird Special as it was only 5:30pm. Great food, great friends and then back to our homebase where we got into our jammies and just watched tv. We were all asleep by 10pm! Just remember, what happens on the Cape, stays on the Cape, right?
I got a new camera so I took some shots of the weekend. Here they are: 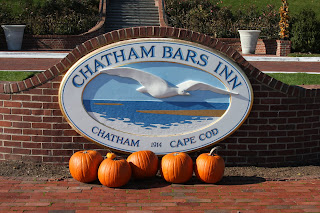 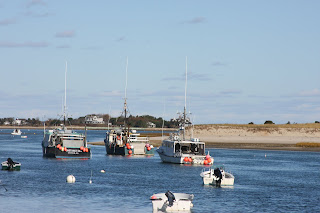 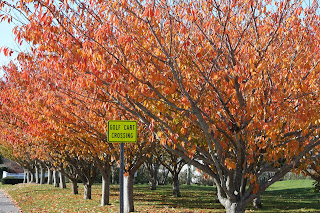 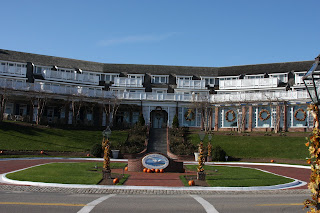 I'll finish up tomorrow. Right now, Madigan is bossing aroung my niece Avery who is two and she is trying to get her to try on all her old baby clothes! Good Luck to Me!
Posted by dmmlandcruiser at 1:59 PM 3 comments: