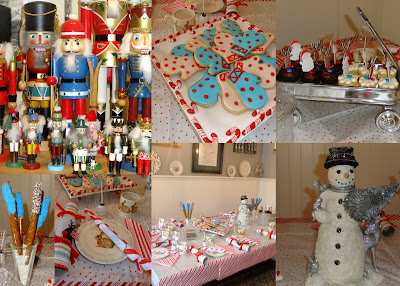 On Sunday, Madigan and I were invited to an ornament swap at the home of one of her classmates. I knew we were in for a great time. This Mom really knows how to entertain! From the minute I saw the table, I was impressed!!!! Everything was all ready to go for a fun afternoon!
Each girl brought a fully wrapped ornament to be exchanged "Yankee Swap" style. I was terrified of how this would go in a room full of 6 and 7 year olds. Having things taken away from them (well, specifically from my spoiled child) was not going to be a pretty sight. Once the swap was underway, only 2 girls decided to change ornaments. There was no crying. A Christmas Miracle!
The girls also did lots of crafts. They made wreaths and candy canes out of pipe cleaners and beads, bookmarks from felt cut outs and paperclips, and the best of all was the snow globes! 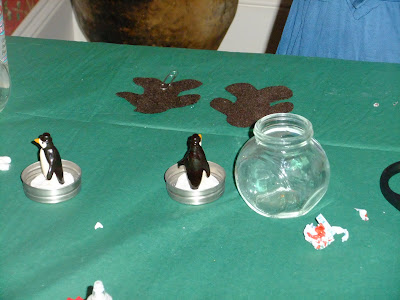 I forgot to take a picture of the completed project, but they were adorable.! You would have thought that Martha Stewart herself was there to supervise!
I was very impressed with how well all the girls behaved. I think their favorite part was after most had gone home, and the select few played outside in the fresh snow until dark. There is nothing like being a kid and making snow angels, having snowball fights, and sledding to make your day perfect.
Madigan's favorite part of the party was meeting her new friend: 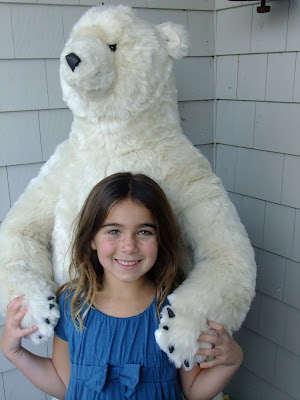 Posted by dmmlandcruiser at 2:34 PM 3 comments: